At 1013.5 feet, Interlake’s flagship M/V Paul R. Tregurtha is the longest ship on the Great Lakes. She can carry up to 68,000 gross tons of taconite pellets or 71,000 net tons of coal. Her unloading system and 260-foot boom empty her five cargo holds in about eight hours. Built by American Ship Building Company at Lorain, Ohio, in 1981, this vessel was first named William J. DeLancey. In 1990, she was renamed Paul R. Tregurtha in honor of Interlake’s Vice Chairman of the Board. 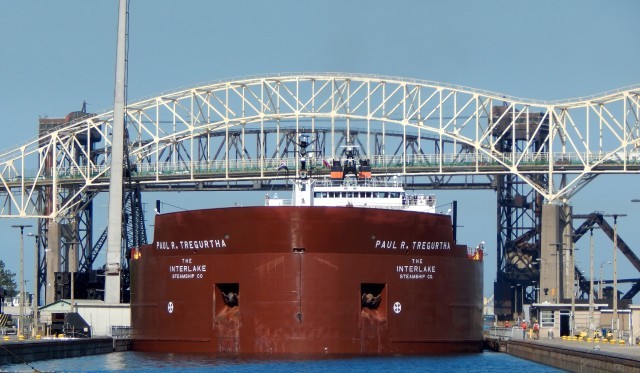 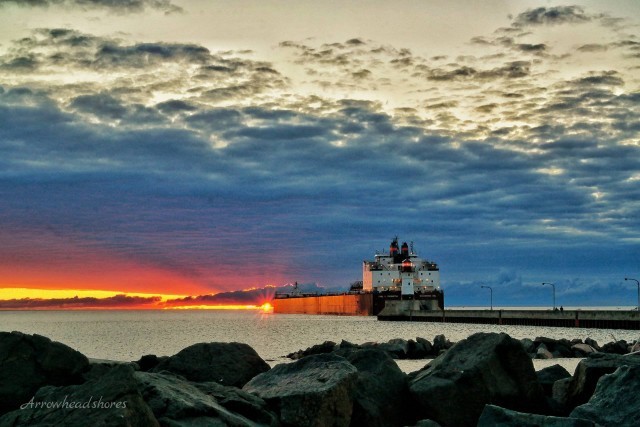 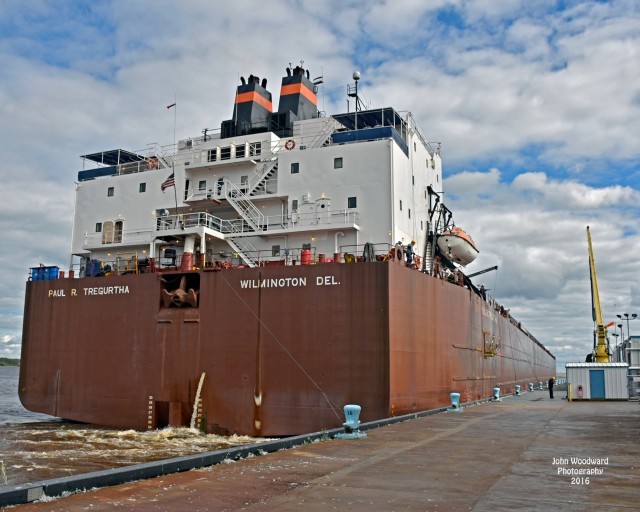 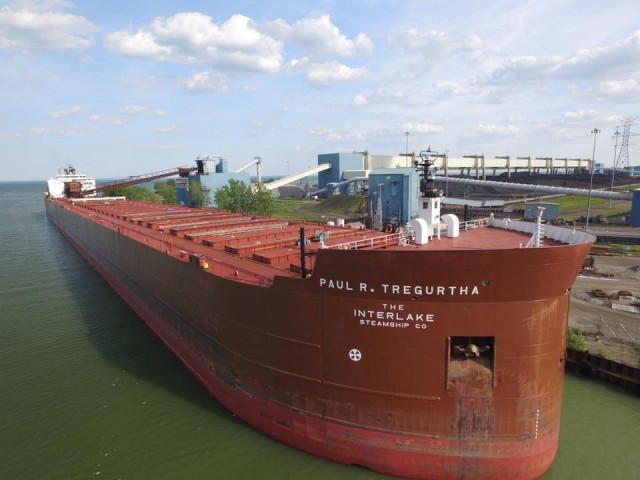 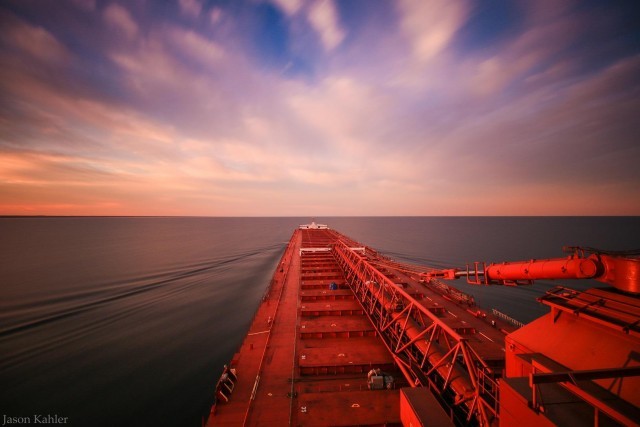