The M/V Kaye E. Barker was built by American Ship Building Company at Toledo, Ohio, as Edward B. Greene, flagship of the Cleveland-Cliffs Steamship Company fleet. She was lengthened with the addition of a 120-foot midbody section at Fraser Shipyards, Inc., Superior, Wisconsin, in 1976. In 1981, American Ship Building Company, Toledo, converted her to a self-unloader. In 1985, she joined the Rouge Steel Company fleet and was renamed Benson Ford. Upon joining the Interlake family in 1989, she became Kaye E. Barker, honoring the wife of Interlake’s Chairman of the Board and President. In 2012, the Kaye E Barker was repowered at Bay Shipbuilding in Sturgeon Bay, WI. 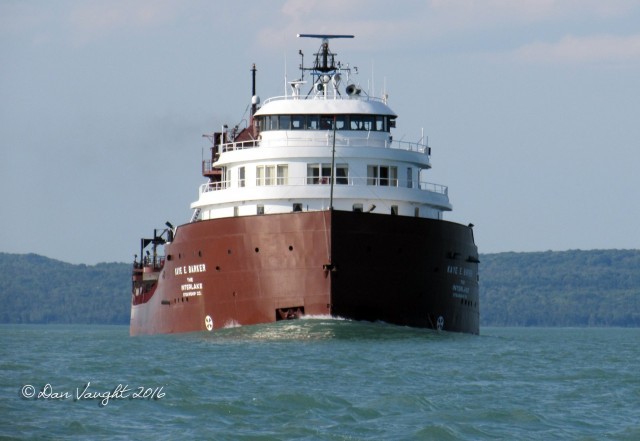 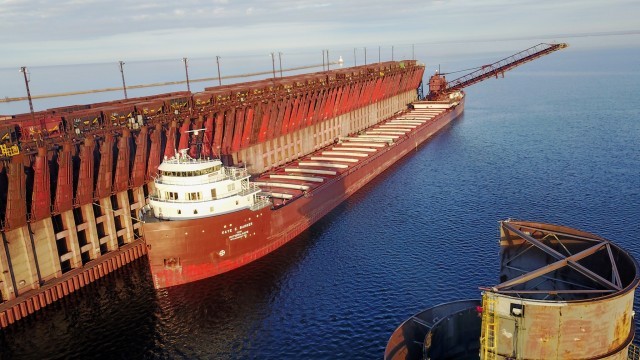 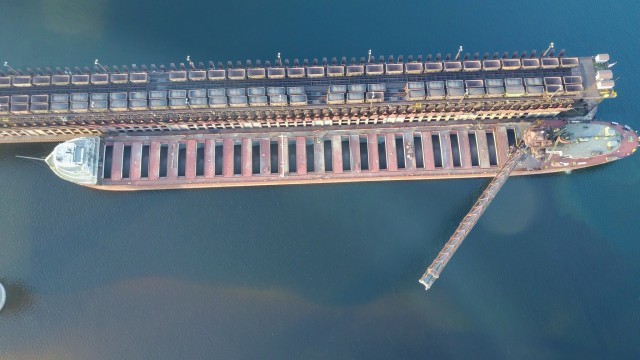 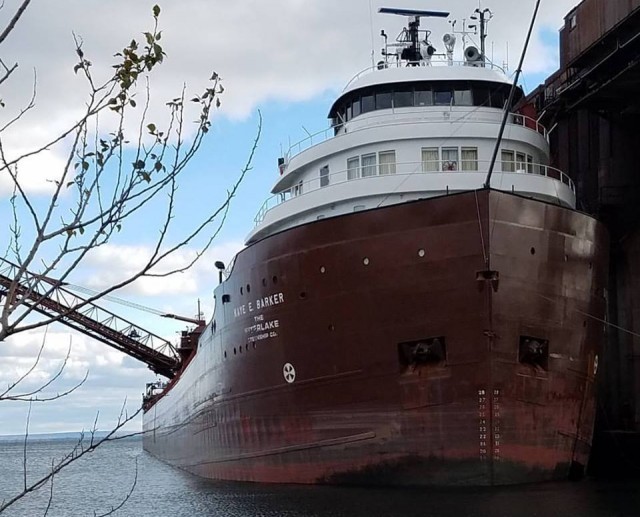 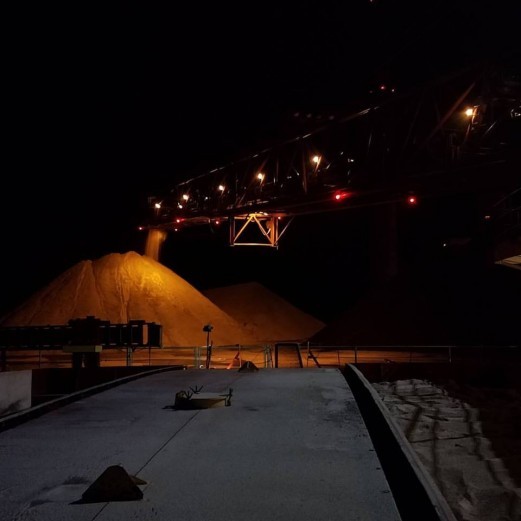