M/V James R. Barker was the first 1000-foot class vessel constructed entirely on the Great Lakes, where she was built by American Ship Building Company at Lorain, Ohio. Her self-unloading system includes three cargo hold belts and a 250-foot boom, and is capable of discharging a cargo in about eight hours. The James R. Barker is named for Interlake’s Chairman of the Board. The ship has always been part of the Interlake Steamship fleet. 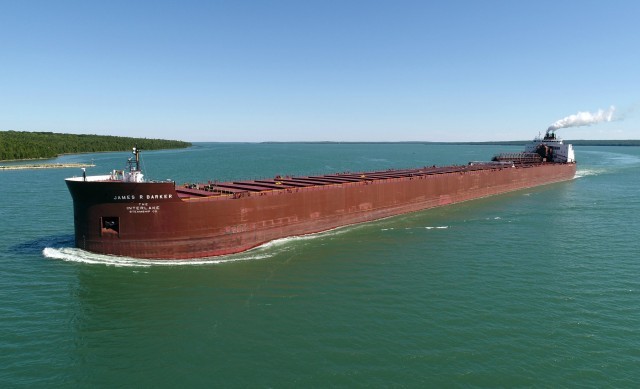 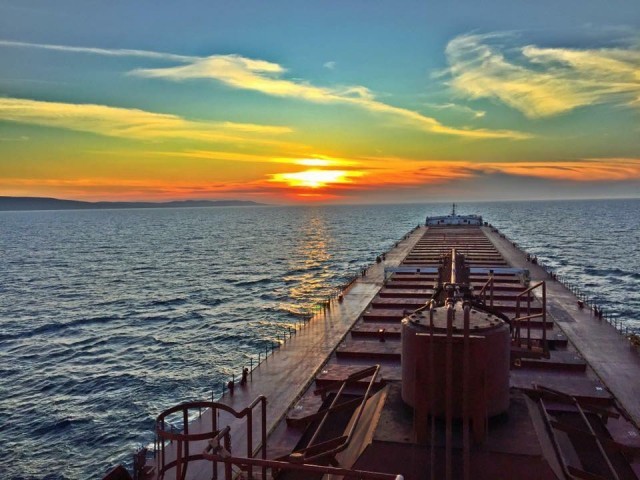 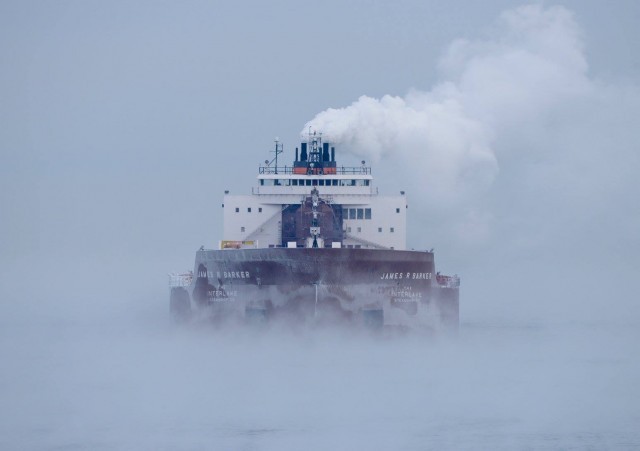 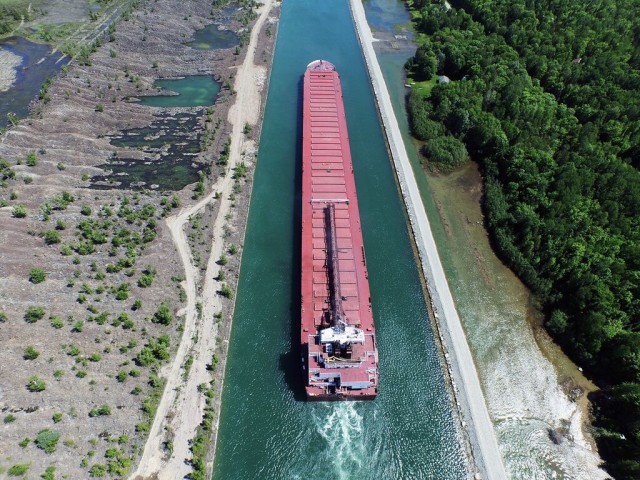 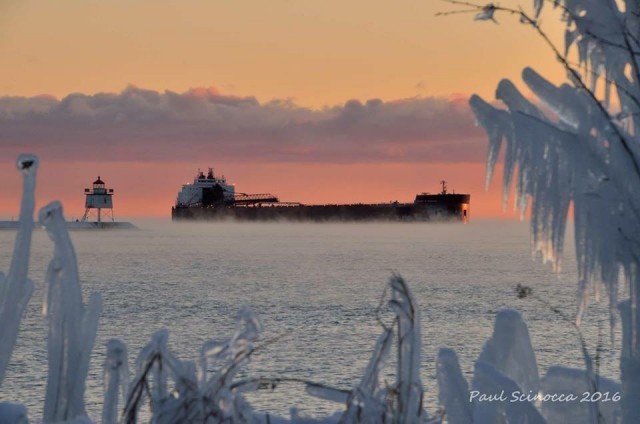