We {heart} our freighter fans!

In every kind of weather and at all hours of the day and night, these diehard self-professed boat nerds wave us in and out of ports around the Great Lakes and from the vast and varied shorelines along the way.

The love people have for freighters and our Great Lakes is a special thing and one we strive to foster. In that spirit, we’ve created this regular feature called #SaturdaySalute that will appear on Facebook and on our website at www.interlake-steamship.com

If you know someone who is deserving or you want to share your own story, please message us a little about you and your love of freighters and the Great Lakes. We’re looking forward to getting to know you.

Jane Herrick is synonymous with freighter watching in her hometown of Duluth, Minn. 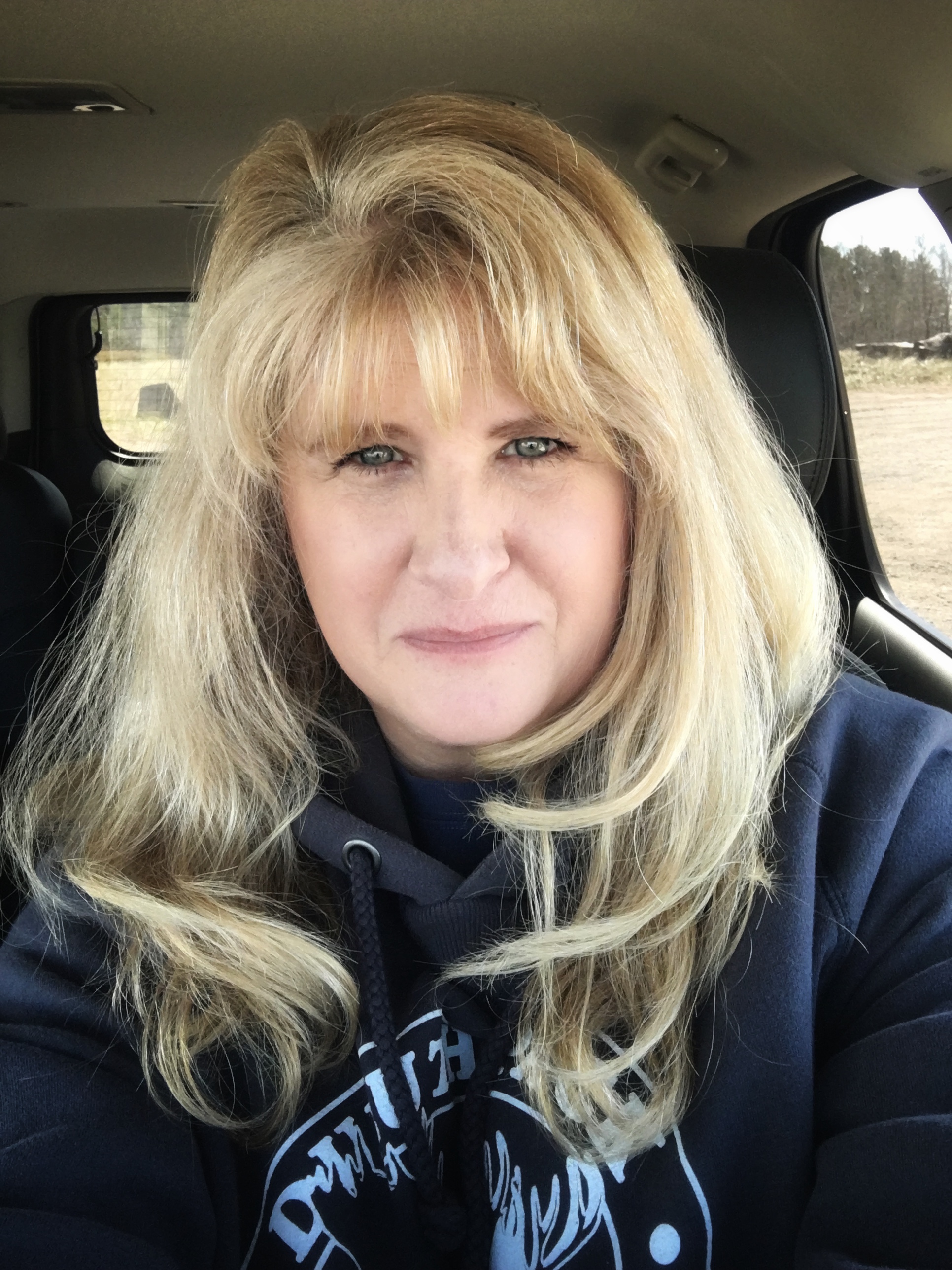 One of the Twin Ports’ most prolific photographers, Herrick regularly wakes before most of us to head to her happy place on the shores of Lake Superior.

There, alongside the dynamic freshwater of the largest of our Great Lakes, she captures remarkable sunrises, stunning shots of freighters and fabulous videos of salutes at the iconic Aerial Lift Bridge.

“It's a passion. I mean, I love those boats,” says Herrick, who retired several years ago and struggles with a health condition that causes fatigue. She now devotes her early-day energy to chasing ships and documenting dazzling daybreaks. “You lose something, and if you look, you find something else.

“It's been an amazing journey learning about these boats,” she says. “My dad used to take me down to the Canal when I was a kid. I liked them, but I was never really into them. Then when I was an adult, I was working and raising kids. I didn't have time to chase boats.”

About four years ago, she found the time and ever since then, Herrick has been on a mission from the time the Lakers start sailing in March until they lay up in mid-January.

“There's something about watching them coming in and out of that sea smoke and coming in all ice covered,” says the 58-year-old. “It looks amazing to us but I seriously think about what the guys have to go through onboard.”

Here’s more of our recent chat with Jane:

What drives your passion for photographing boats?

How many photos do you think you have of boats? What do you do with them?

Jane: Well, thousands. (she laughs). They're stored. I don't do a lot with them. I post most of them online. I print some, once in a while, but mostly, it's really fun to just be able to show them on social media. That's just been great. It gives you a foundation to be able to share all these photos that you're taking.

I just started a photography page about a month (Jane Herrick Photography) and I did that because I was getting people asking if I sold my photos. I wanted to be able to link it to a site where they could actually order my photos from, just to make it easier for them and me. It really is mainly just a hobby for me. 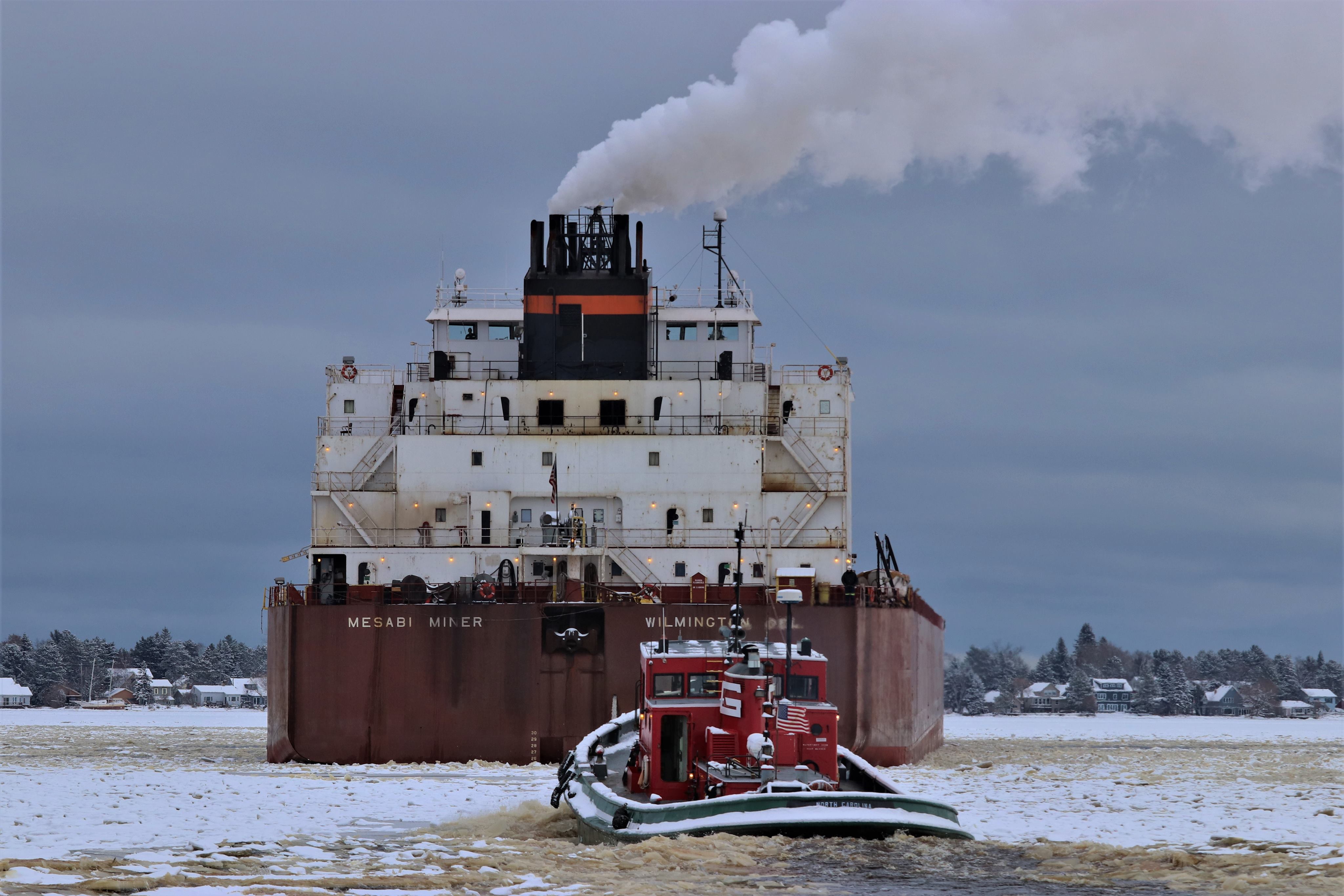 How often would you say you're out photographing or videoing boats on sunrises on Lake Superior?

Jane: Probably, on average, about four times a week. My schedule depends on the weather and the time of year. In June, sunrise is at 5AM. I'll be up at 4:30AM. Now, of course, it's at 7. I still go and try and shoot some ships before sunrise. I'm trying to work on shooting them in low-light and in-dark, dark like night time, type of settings. My favorite, by far, is when I can catch a ship at sunrise.

What are some of your favorite spots to catch the boats?

Jane: It depends on the light and the time of day. Also, Canal Park is a big, big tourist attraction, so during the summer months, mid-day it's a lot harder to get down there. 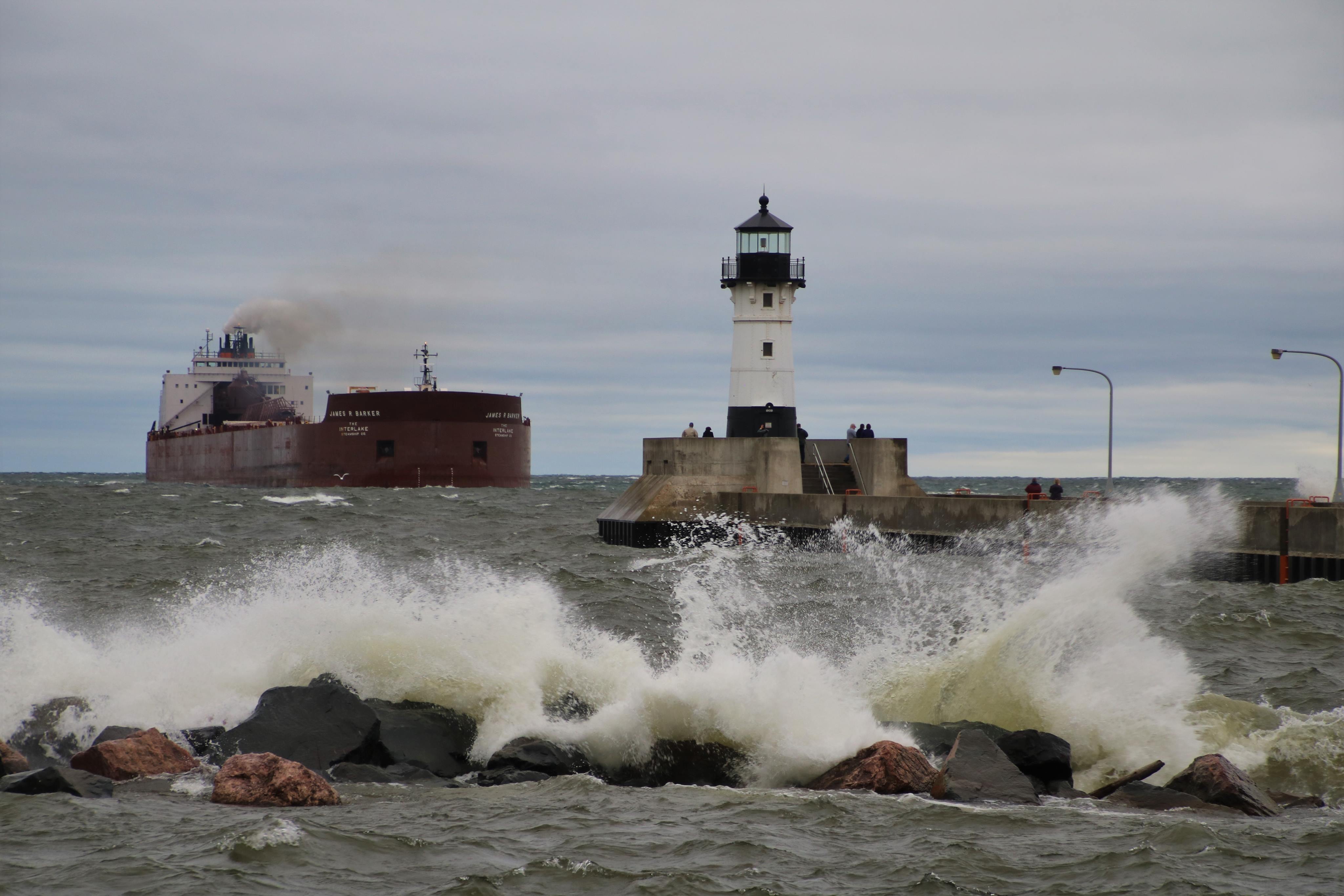 What has been the best part of sharing your photos and videos on social media?

Jane: The feedback that I hear of the enjoyment that people get from watching the videos, hearing the salute, and looking at the pictures. I also am really touched when someone tells me, “Thank you so much. My son is onboard there”, or, “My husband is onboard there”. I love hearing that because I can only imagine how hard it is for the families when they have someone who sails, who's always away. I think when they see these pictures of where they are, it helps, maybe, to help keep them connected with their family.

That kind of stuff always really touches me. It really makes me happy that I'm out there doing what I'm doing.

Jane: I have a Canon Rebel 7i. I shoot all my still pictures with my Canon. Then, I actually shoot my videos with my iPhone because I really like the quality.

You’ve taken your granddaughter with you to watch the boats before, right? 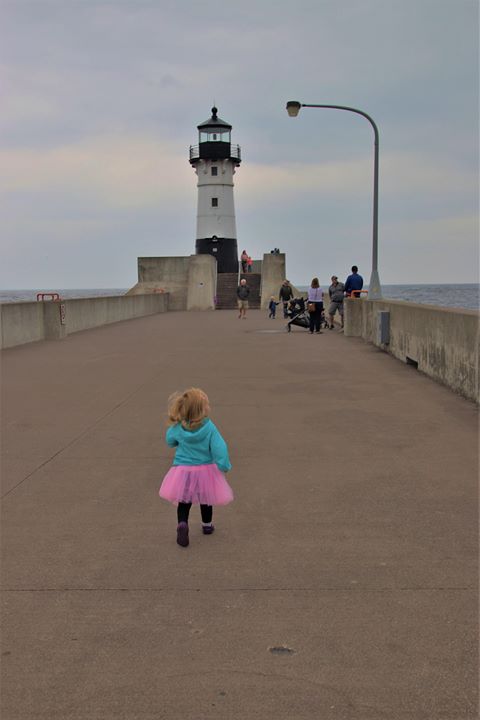 This is a cool story. When my daughter was in labor with Piper, my first grandchild, she texted me in the waiting room: “Mom! Come in my room. There's a boat out there”.

I came running into the room, and sure enough, there's a boat sailing by and it’s the James R. Barker. Piper was born just a couple hours later so ever since then I call it “Piper's Boat”. The James R. Barker's got a real significance to me because of that.

I have been teaching her about the boats, bringing her with me. We also watch my videos on TV. She’s only 2 and I can't wait until she's big enough where I can tell her: “This is your boat, The James Barker. This was sailing by the night you were born”. That'll be a lot of fun when she gets old enough to go, “My boat's coming!”.

Do the salutes ever get old to you?

Jane: Never, never. It makes me, and so many other adults I know, we feel like kids when we hear that salute. It brings a smile and makes us happy. There's just nothing like it.

I love watching the reactions to the kids down at Canal Park in the summer whose never seen a boat before. When they hear it, they're just amazed by the size and the sound. One comment I hear the little kids say often is, “That boat's not gonna fit under the bridge”.

It's hilarious. I seriously hear that comment so often. It's pretty cute. (she laughs)

What's the coldest you've ever been waiting on a boat?

I can only be out for short periods, and then, I go back in the car and warm up. I'm very cautious when I'm out in that. There is something about being out in that cold weather, and you've got sea smoke swirling around. It is just unbelievable. 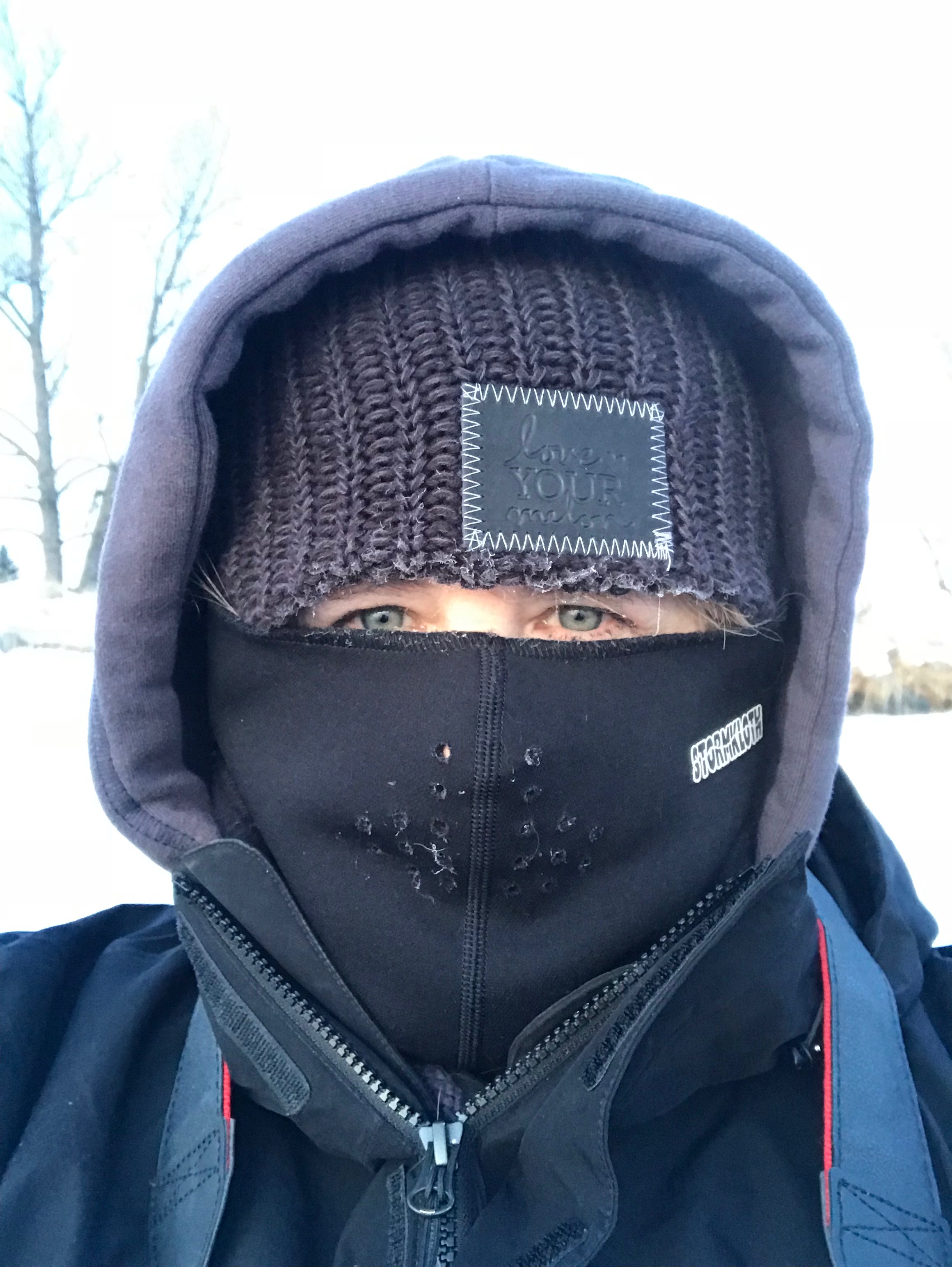 Do you have some favorite boats? They don't have to be Interlake boats...

Jane: I have lot of favorites. The James R. Barker…I mean how can it not be? That significance? I mean, nobody has a horn like The Barker. The Paul R. Tregurtha's always been one of my favorites as well and it was my first favorite of the boats. 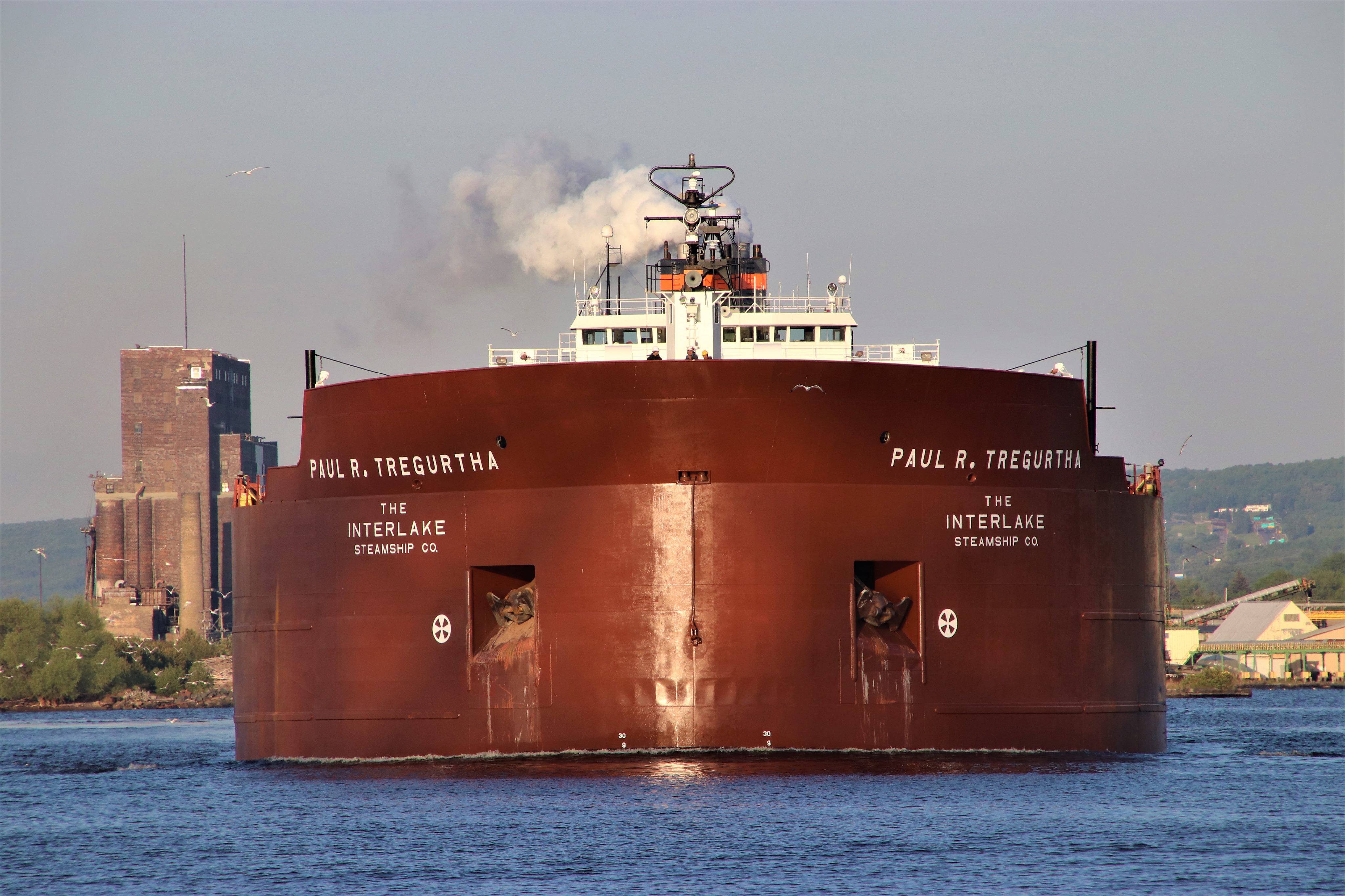 I also really like the Hon. James L. Oberstar, named after our former congressman. He was such a wonderful man that, every time the Oberstar comes through, it's just a reminder of him. It's really nice for us here in Minnesota that that boat's named after him. 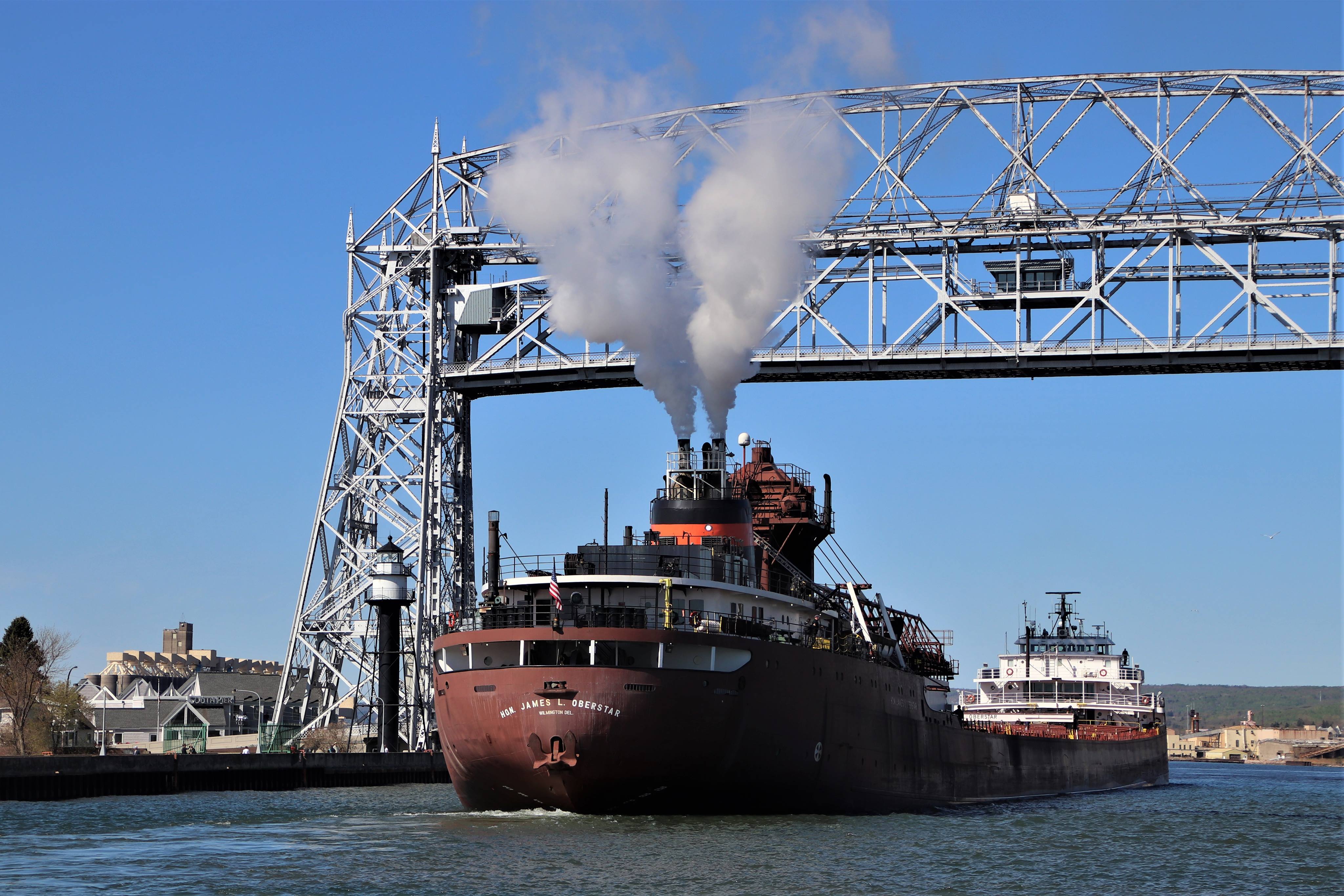