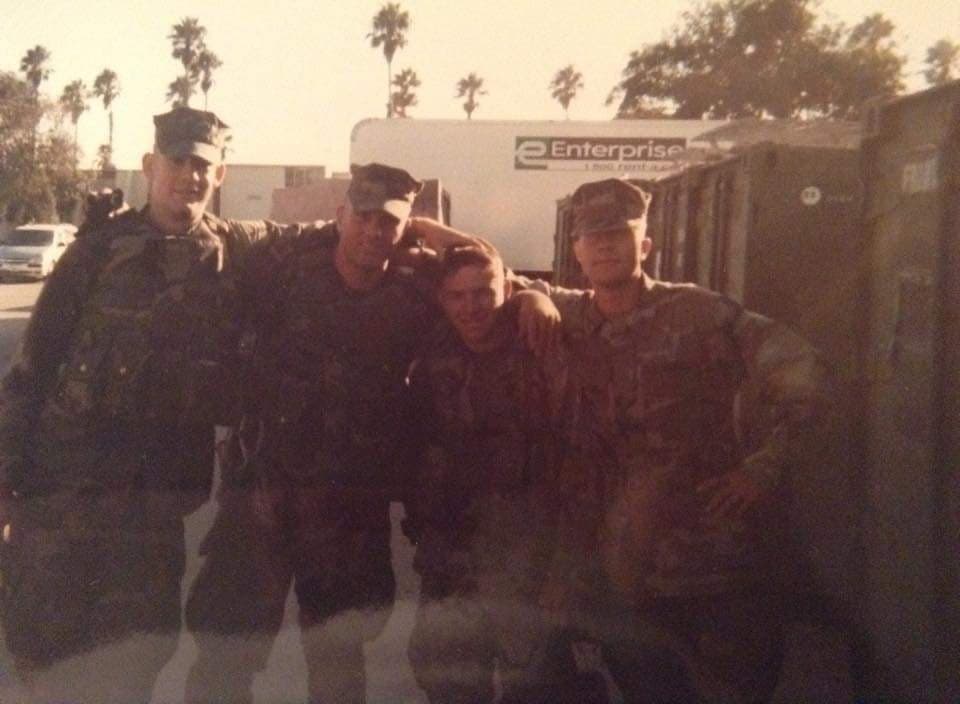 When Jack Brandenburg enlisted in the U.S. Marines in 1998, he envisioned a long career serving in the elite infantry.

“I wanted to sign up for 20 years right away, and my recruiter said maybe just sign up for four years right now. So I did,” says Brandenburg, now a relief mate with the Interlake Steamship Company fleet. (He is pictured on the far left in above photo.)

After boot camp in San Diego, Calif., he joined Charlie company, 1st Battalion, 4th Marines, and did a couple of deployments pre-9/11, and one deployment post-9/11.

But after breaking both of his ankles while serving in the Middle East, Brandenburg was sent back stateside for surgery. His injuries meant an end to his infantry career. Lacking the desire to take the “desk jobs” available, he opted for an early retirement in 2002 and returned to his hometown of Sturgeon Bay, Wis.

“You spend years training to be in the infantry, and what does the infantry do? Well, the infantry shoots guns and trains to kill the enemy, right?” he says. “That doesn’t really translate in the civilian world very well.”

But his love of working on the water did and that took Brandenburg on a journey from welding at Bay Shipbuilding shipyard to delivering pleasure boats to charter fishing until he enrolled in Sea School in Bayou La Batre, Alabama. There he earned his Able-Bodied Seaman license and began searching for a job in the maritime industry with steady pay and good benefits.

Through connections from his then-girlfriend, now-wife Jenny, who was a hair dresser in Sturgeon Bay, Brandenburg had an opportunity to tour an Interlake vessel in 2010 and joined the family fleet later that spring.

“So I came out and kind of went with it,” he says. “After my first hitch, I said to myself: ‘this is going to be it and I'm going to the top. I’m going to be in charge of this one day’.” 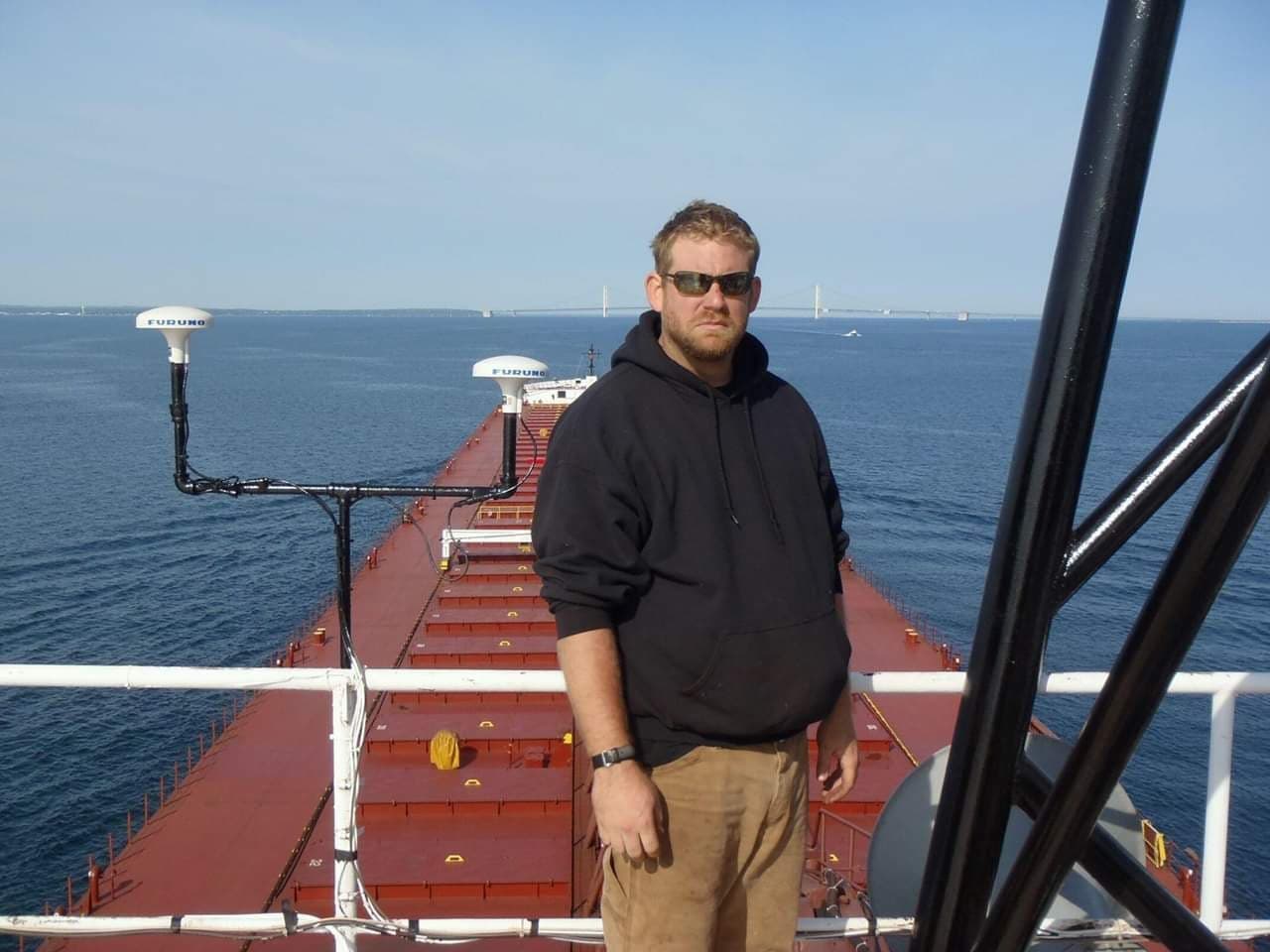 Brandenburg says he connected with the command structure onboard: Captain, first mate, second mate, third mate and on down.

“Although this is not a particularly militarily-run organization, values such as promptness, discipline and professionalism all carry over from my time in the Marines,” he says. “This job is close to home and to be honest, it's more than I would ever have having pretty much zero education and zero transferable civilian skill back home.”

Close living quarters and camaraderie are two other similarities to life in the military and working aboard a Great Lakes freighter.

“I can talk to another guy who's been out here 10 years or 15 years differently than a guy who could be out here for a year or two, because we've – for lack of a better word – suffered together,” he says. “We've broken ice off in 30-degree below temperatures together. We've done the marathon 20-hour unloads together. We've been out here for holidays and missed holidays from our families together. You're bonding, basically, with other people who are in the same situation as you and that’s how you build that camaraderie.”

As a relief mate, Brandenburg embraces the managerial role and most enjoys navigating the boat and loading cargo. “It's a dynamic situation that's always changing – it’s challenging and involves problem-solving skills,” he says. “I like working with my brain instead of my back at this point.”

The 38-year-old father of three children ranging in age from 6 to almost 2 gives his wife Jenny all the credit for juggling his demanding career on the Lakes where he can be gone for a couple months at a time.

“She doesn't just survive while I'm out here, she thrives,” he says. “She raises the kids. She takes them to do things. They live a normal life, basically, when I'm gone. It's just that when I am home, I don't want to say it’s a bonus, but it's a bonus.” 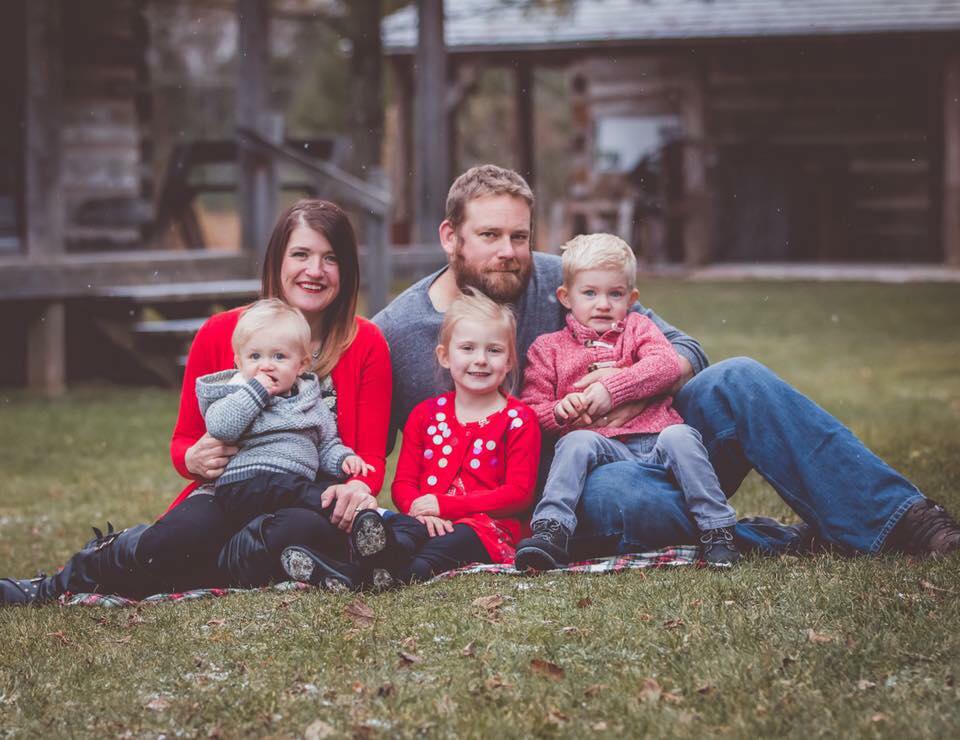